I wrote the following piece on the subject of fear this morning.

Because fear debilitates me far too often. As I’ve mentioned before, I know for a fact that when something holds me back, it’s holding others as well. Too many very talented writers get held back by the simple specter of fear. I am one of those authors. I hope this post will at least get those who struggle with fear to begin to take back their lives and live more in the present which is where life truly is for us. Not the past. Not the future. The present. 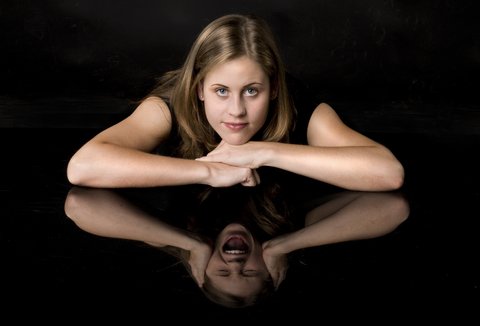 Let’s talk a bit about fear. I’ve heard mountains about it. How to defeat fear. How to overcome fear. What fear is. The fight or flight thing (which I wrote about in this post because I don’t agree with extreme dual absolutes). I do loathe the acronym False Evidence Appearing Real. IF that statement stood true all the time I might be forced to reevaluate my position, but the acronym is patently false.

Fear feels hard-wired into my psyche. Fear rises up and dwells just underneath my conscious mind at times. Other times, I see fear in my imagination. I taste fear in my clenched jaw and tensed shoulders. I smell fear in my sweat. I touch fear in my mind’s eye. I hear the drumbeat of fear in my head all too often.

No doubt in my book that the only weapon against fear stands as courage. A global remedy identification of “courage” does no more good than the above acronym when dealing with fear, however. Fear creeps in while we’re not looking. Fear becomes ingrained in certain recurring situations which may differ in huge ways from person to person. The only trigger to disarm fear I’ve found somewhat effective is recognition.

Often, at least in my case, I’m already in full-blown-fear-mode before I realize I’m tensed up and bracing for battle. Recognition at least allows me the cognitive ability to ‘choose’ to override. To my mind and experience, this ‘choice’ becomes the birthplace of courage. Stepping back from the fear, which manifests itself in your brain and most often remains limited to the confines of your brain, allows you choice. The stepback and examination allow courage to enter into the picture.

Especially in recurring situational fear, practicing releasing your clenched teeth, relaxing your shoulder muscles and jaw, and clearly examining where your fear stems from may help the choice of courage to become rote or automatic. I still do not believe the fear is vanquished in this situation. Possibly it’s just me in this viewpoint, but I doubt it. The fear remains but you now have an automatic override. The more you employ courage as an automatic choice, the less apparent the fear.

For example, in my life, as in many others, I hold an abject fear of public speaking. I joined Toastmasters. I began speaking in front of the group. I had to overcome my fear and make a choice to embrace courage. After a while, I looked more closely at the fear. I stepped back. I realized I would never truly be rid of this fear. Eventually, I developed a love of public speaking. The fear remains. More latent, not as debilitating, but it remains. After five years of emceeing a monthly event, and numerous speeches and presentations to people I do not know, I’ve learned to enjoy public speaking despite that underlying fear.

For my money and my thought-drain, the most damaging aspect of fear lies in our projection of future events or results connected to the roots of our fear. What I’ve discovered, not only through my own experience but in speaking with others on this topic, is that most often, most being by far the massive majority of the time, the internal projection-scenarios we apply regarding the fear turn out to be completely false. Untrue. Unwarranted. Often ridiculous. Also quite often, a completely different outcome more on the positive side of life occurs when we make the choice of courage.

Yes. I agree fear holds most of us back in some manner. Yes, I believe fear squelches if not permanently destroys potential greatness in many of us if not most. Yes, I believe fear to be something to deal with. Cute acronyms and a just-deal-with-it hunk of advice do nothing for me. I need something more tangible. More powerful. More concrete. More accessible.

The single most powerful tool I’ve discovered in my life without a doubt is…The Power of NOW! Clarity. Clear thinking. Clear internal vision. The only mechanism I’ve discovered which works is brushing aside the monkey mind which chatters and screams and alarms is to focus on the moment in front of you.

Fear lives and breeds at an alarming rate in our projections of future events. If I were so damned good at projecting what would happen in the future, there would be countless decisions I would never have made. Projecting has merit in planning a course for your life, but those plans never truly pan out perfectly as planned. In fact, I believe that when we actually come close on planning something well, this act may hinder us in the future by making us overconfident in our ability to ‘see’ future projections as accurate.That’s a post for another day.

The most effective tool I possess in my mental and emotional arsenal against fear is to step away from that crazy, manic cacophony of voices in my mind and focus on the moment now. What decision(s) must I make NOW to settle my emotions and move forward with a level of confidence and courage. We completely lose this ability when we worry and project.

This focus on NOW and gaining a level of clarity does not come easy. Why? Because we must stop and make the choice to get there. Most of our lives we spend running around like manic bugs. We bounce our futures around like bumper cars gone wild. Focus and clarity. NOW. Fear breeds in our chaotic mind. Fear diminishes when we step away and achieve clear thought. By the way, our insane technologies that have us going completely wacko? They acerbate the situation. Have you seen social media lately. The hate? The fear? The lies? The stupidity? Much of what’s wrong and messed up with humanity is on full display minute by minute online. Hint – your answers do not lie there.

I’m not saying you’ll come out with perfect answers. I am saying you will find more peace and ability to access your strengths. Joy and happiness live in the NOW. Too much pain lives in the past. Too much inaccuracy and debilitation live in the projection of our future. Wiser folk than I have pointed out NOW and clarity as the place to be in most everything we do.

Work on your fear. Get into NOW moments. Make the choice of courage. Move forward on your life’s journey. Do great things. They truly become a choice rather than a ‘projected dream’ when you give yourself the opportunity. My ramblings this Christmas Eve…